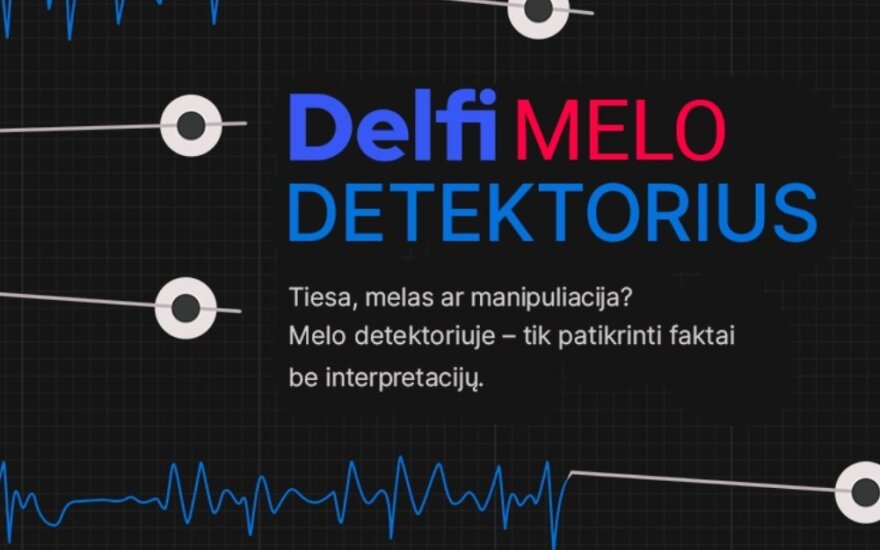 At the beginning of 2021, Facebook will announce the best European fact-checking success cases in Europe. The winner will be named in the event of Virtual Global Summit. Among 9 nominees there is news portal Delfi Lie Detector.

In a result of fact-checking Russian content published on Facebook, Delfi team managed to uncover a Russian propaganda network, in fact, a farm of trolls. Information portals from Russia linked to the accounts of famous Russian experts with tens of thousands of followers and subscribers in a coordinated way spread disinformation, propaganda and false facts about Baltic countries and the Western world’. This is how ‘Facebook’ presents the initiative of Delfi.

Among other nominees, there are fact-checkers from the Northern Ireland, Sakartvelo, Croatia and Bosnia, Norway, Spain, Portugal, the North Macedonia, and Ukraine. You can vote for the best project HERE. Delfi Lie Detector is an independent and open fact-checking department initiated by the biggest Lithuanian news portal Delfi.